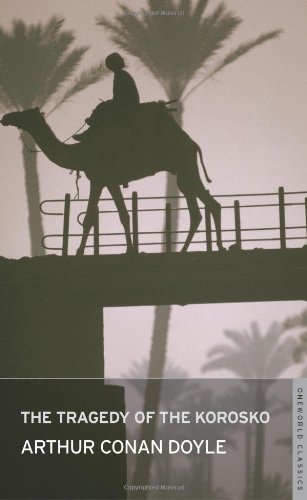 The Tragedy of the Korosko
by Arthur Conan Doyle

Description:
A group of European tourists are enjoying their trip to Egypt in the year 1895. They are attacked and abducted by a marauding band of Dervish warriors. The novel contains a strong defence of British Imperialism and in particular the Imperial project in North Africa.

The Last Galley: Impressions and Tales
by Arthur Conan Doyle
The drama of events from the past is captured in this collection of short stories. From the last desperate moments of a stricken Carthaginian galley to mutiny on board a pirate ship, Conan Doyle captures the excitement and color of the age.
(7711 views)

Dealings of Captain Sharkey and Other Tales of Pirates
by Arthur Conan Doyle - Project Gutenberg
When the wars of the Spanish Succession had been brought to an end, the vast number of privateers found their occupation gone. A few of the more reckless hoisted the Jolly Rodger at the mizzen, declaring a private war against the whole human race.
(7862 views)

The White Company
by Arthur Conan Doyle - Feedbooks
This novel is a historical adventure set during the Hundred Years' War. The story follows a young man as he leaves the shelter of an abbey in England and becomes involved with Edward, the Black Prince's campaign in Spain.
(9724 views)