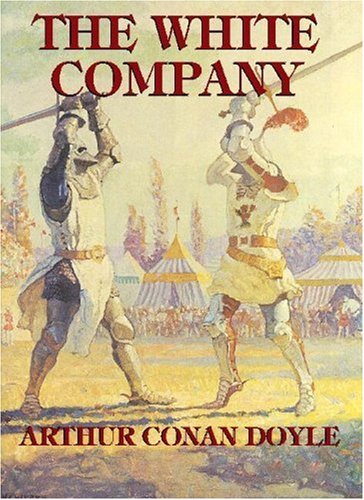 Description:
This novel is a historical adventure set during the Hundred Years' War. The story follows a young man as he leaves the shelter of an abbey in England and becomes involved with Edward, the Black Prince's campaign in Spain.

Rodney Stone
by Arthur Conan Doyle - ManyBooks
Rodney Stone is a historical novel about boxing during the Regency period, that curiously brings together Lord Nelson and the sport of boxing. Doyle had always been fond of boxing, had reveled in the history of the prize-ring ...
(7208 views)

The Valley of Fear
by Arthur Conan Doyle - Project Gutenberg
Grade 7 Up-A coded warning of imminent danger sends Sherlock Holmes and Dr. Watson to the country house of the reclusive Jack Douglas. When they arrive too late to prevent a tragic death, they must follow bewildering clues and find a murderer.
(7631 views)

The Disintegration Machine
by Arthur Conan Doyle - Feedbooks
Professor Challenger is arguing with people who are calling him on the telephone when his friend Malone enters and requests Challenger accompany him to inspect the discovery of Theodore Nemor, who invented a machine capable of disintegrating objects.
(5651 views)