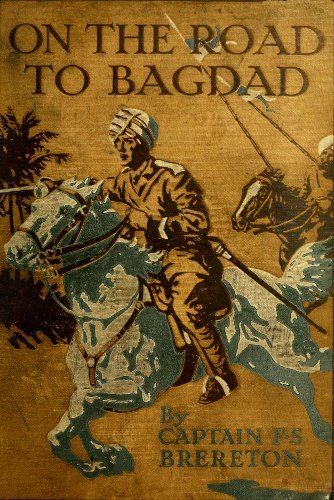 On the Road to Bagdad
by F. S. Brereton

Description:
Major Joseph Douglas could not fail to see that danger, perhaps death, lay before him in those deserts. Yet he took ship for the Persian Gulf without hesitation, and, having landed at the township of Basra, disappeared entirely.

Against the War
by Roland Menge - againstthewarnovel.com
Against the War is a historical novel examining the response of the Vietnam war generation to the Vietnam war and the effect of the war on American society. The book provides an intellectual and cultural history of the early counterculture...
(5774 views)

From Kingdom to Colony
by Mary Devereux - Little, Brown, and Co.
When William, Duke of Normandy, invaded England in 1066, and achieved for himself the title of 'Conqueror', one of those who accompanied him was Robert D'Evreux, younger son of Earl of Rosmar, feudal owner of the town of his name in Normandy...
(6144 views)

The Provost
by John Galt - T.N. Foulis
The Provost consists of the historical views of 18th century. Galt describes various interesting affairs in which the Provost is personally engaged during his magisterial life. This is truly engrossing book, heralded as author's true masterpiece.
(10170 views)