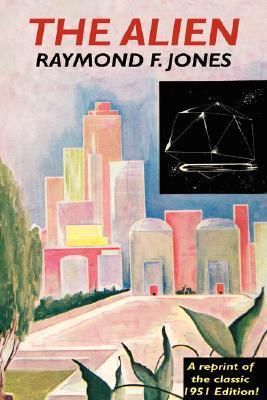 The Alien
by Raymond F. Jones

Description:
Speculate for a moment on the enormous challenge to archaeology when interplanetary travel is possible ... and relics are found of a race extinct for half a million years! A race that was so far in advance of ours that they held the secret of life restoration! What happens when a member of that race is brought back after 500,000 years of death ...

Star Dragon
by Mike Brotherton - Tor Books
A probe launched in the late twenty-first century to the dwarf nova SS Cygni has sent back hours of video, including a few minutes that show a serpentine form not only twisting lazily but also turning in a purposive way suggestive of intelligence.
(5610 views)

Planet of the Damned
by Harry Harrison - Bantam Books
'Planet of the Damned' is classic science fiction and a coming of age story. The hero, Brion, is a young man given his first opportunity to prove his worthiness by trying to save Dis, a horrible planet that seems hell bent on self destruction.
(12182 views)

Ventus
by Karl Schroeder - Tor Science Fiction
A terrifying artificial intelligence scattered seeds of itself throughout the galaxy. Ventus is an epic journey across a planet with two mysteries: why have the winds fallen silent? And is Armiger, or Jordan, carrying a resurrection seed?
(13555 views)