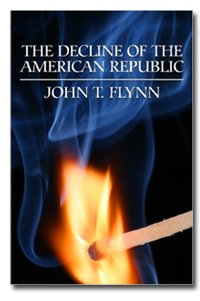 The Decline of the American Republic
by John T. Flynn

Description:
In 1955, John T. Flynn saw what few others journalist did: the welfare-warfare state conspired to bring down American liberty. The New Deal combined with World War Two had fastened leviathan control over a country born in liberty. This early analysis of the causes of the Great Depression and the failure of the New Deal also notes a point later demonstrated in detail by Robert Higgs: the economic boom of WW2 was false in every way, an artifice created by misleading government data and inflationary finance.

Ku Klux Klan: Its Origin, Growth and Disbandment
by W. L. Fleming, J. C. Lester, D. L. Wilson - Project Gutenberg
This small monograph is an early inside view of the Ku Klux Klan in Tennessee, where it was first born, written some twenty years after the events of Reconstruction, augmented by an introductory essay written by noted historian Walter L. Fleming.
(11222 views)

The Generalship of Ulysses S. Grant
by J. F. C. Fuller - Dodd, Mead and Company
The reader leaves this book with a sense of knowing and understanding Grant, and believing that Grant's personality was the critical factor in the Union's 1864-1865 Virginia compaigns. This text is an essential Civil War reading.
(18162 views)

Reassessing the Presidency : The Rise of the Executive State and the Decline of Freedom
by John V. Denson - Mises Institute
This remarkable book is the first full-scale revision of the official history of the U.S. executive state. Contributors examine the usual judgments of the historical profession to show the ugly side of supposed presidential greatness.
(14250 views)

The Civil War Through the Camera
by Henry W. Elson - Patriot Publishing Co.
The text is an impartial narrative supplementing the pictures. The more intelligent people of the country desire the truth put on record, and all bitter feeling eliminated. This work, with its text and pictures, will add greatly to that end.
(8941 views)