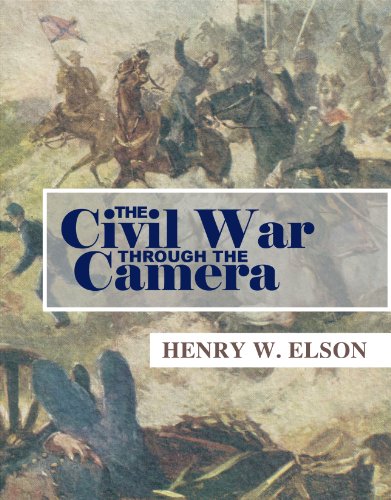 The Civil War Through the Camera
by Henry W. Elson

Description:
The text does not aim at a statistical record, but is an impartial narrative supplementing the pictures. Nothing gives so clear a conception of a person or an event as a picture. The more intelligent people of the country, North and South, desire the truth put on record, and all bitter feeling eliminated. This work, with its text and pictures, it is believed, will add greatly to that end.

The Dropping of the Atomic Bomb: Truman's True Intentions
by Dominick Abel Severance - Christendom College
Truman’s true intention was to use the destruction of a Japanese city to shock the world and manipulate the horror and destructive power of the bomb to create fear in the international community to ensure the security of American political interests.
(15982 views)

Women of Influence
by Mark Betka, at al. - U. S. Department of State
Women of Influence: this collection chronicles how 21 notable American women broke new ground, some by championing equal rights for all and others by their accomplishments in fields such as government, literature, and even in war.
(11389 views)

Introductory American History
by Elbert J. Benton, Henry E. Bourne - Project Gutenberg
This is the introductory part of a course in American history embodying the plan of study recommended by the Committee of Eight of the American Historical Association. The plan calls for a continuous course running through grades six seven and eight.
(9791 views)