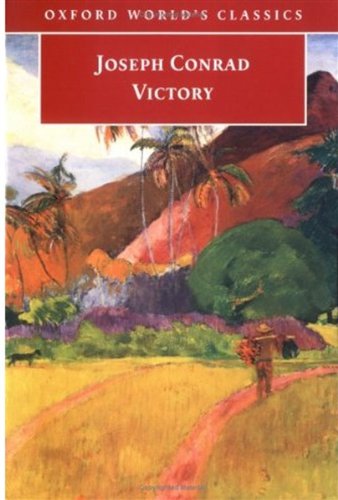 Description:
Set in the islands of the Malay Archipelago, Victory tells the story of a disillusioned Swede, Axel Heyst, who rescues Lena, a young English musician, from the clutches of a brutish German hotel owner. Seeking refuge at Heyst's remote island retreat on Samburan, the couple is soon besieged by three villains dispatched by the enraged hotelier. The arrival on the island paradise of this trio of fiends sets off a terrifying series of events that ultimately ends in catastrophe.

An Outcast of the Islands
by Joseph Conrad
Conrad's second novel is a tale of intrigue in an eastern setting. A parable of human frailty, with love and death the major players, this is a story of a man unable to understand others and fated never to possess his own soul.
(5070 views)

'Twixt Land and Sea Tales
by Joseph Conrad - ManyBooks
The three stories contained in this volume take rank with the most mature and romantic of Conrad's work. The charming love and adventure of the life which he depicts in remote places confirm the belief that he is among the greatest creative writers.
(3713 views)

Under Western Eyes
by Joseph Conrad - Methuen & Co.
A century after its publication, Under Western Eyes is as compelling and as relevant to our own age as it was to an earlier age of political terrorism. The depth of the characters and the moral power of the storyline make this a must read for all.
(3057 views)

Nostromo
by Joseph Conrad - New York Harper
Exciting tale of love, politics and revolution, set in a South American country during the 1890s. Nostromo is a monument to futility, it reveals how honor, loyalty, and idealism are inadequate defenses against the assault of evil and corruption.
(8296 views)