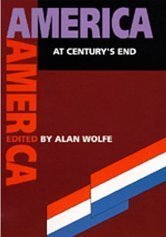 Description:
This volume attempts to come to terms with the myriad changes facing American society as the century draws to a close. In his concluding essay, Wolfe sums up the standpoint of the contributors by arguing that America has become "decentered." No longer are standard institutional models adequate for describing what constitutes a "normal" life.

Liberty and Equality
by Tibor R. Machan - Hoover Institution Press
This book takes an unflinching look at the difficult emotional issues that arise when egalitarianism collies with individual liberties, ultimately showing why the kind of egalitarianism preached by socialists is not an option in a free society.
(10001 views)

Constitutional Fundamentals
by H.W.R. Wade - Stevens & Sons
The book addresses some of the key issues facing the British Constitution, such as fair representation of the electorate in Parliament, the problem of entrenching a Bill of Rights and the use of the powers of the Executive and Judiciary.
(6554 views)