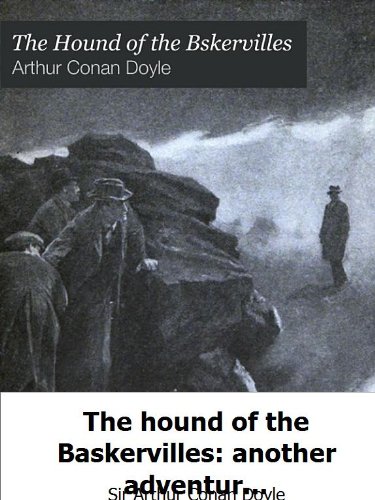 The Hound of the Baskervilles
by Arthur Conan Doyle

Description:
World-famous Sherlock Holmes is once again called upon to put his uncanny detective techniques to work in The Hound of the Baskervilles. This mystery/horror story has become the archetype around which an entire genre has been created. The novel tells the story of Sir Henry Baskerville, who arrives at Baskerville Hall to investigate the mysterious death of his uncle, Sir Charles.

Memoirs of Sherlock Holmes
by Sir Arthur Conan Doyle - A. Burt
Sir Arthur Conan Doyle's second story collection about the greatest detective, containing such puzzles as The Greek Interpreter, The Musgrave Ritual, Silver Blaze and The Final Adventure, the struggle between Holmes and the evil Professor Moriarty.
(10930 views)

Dealings of Captain Sharkey and Other Tales of Pirates
by Arthur Conan Doyle - Project Gutenberg
When the wars of the Spanish Succession had been brought to an end, the vast number of privateers found their occupation gone. A few of the more reckless hoisted the Jolly Rodger at the mizzen, declaring a private war against the whole human race.
(7861 views)

The Case-Book Of Sherlock Holmes
by Sir Arthur Conan Doyle - The Strand
Grappling with treachery and ingenious crimes of all kinds, Holmes' dazzling powers of logic are as sharp as ever - no case is too challenging, no mystery too dense for the immortal sleuth's logic and legendary powers of deduction.
(15882 views)