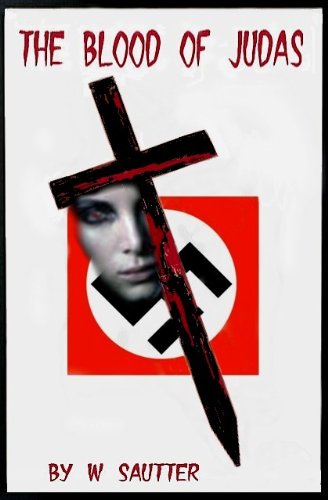 The Blood of Judas
by Walt Sautter

Description:
The Blood of Judas is a blend of religion, adventure, revenge and horror which takes place in Nazi Germany. Elda, a Jewish woman, begins a relationship with a strange admirer, Anton. She along with he and Elda's father are later swept up into the Holocaust.

Heku : Book 1 of the Heku Series
by T.M. Nielsen - Smashwords
Heku follows the life of Emily, a rancher from Montana, and Chevalier, a member of the blood-drinking species, the heku. As you delve into the world of the heku, a militaristic society intertwined with that of the humans.
(10377 views)

Ivory
by Steve Merrifield - Bibliotastic.com
Martin Roberts has made a successful career from painting, but is finding that his creativity is slipping away - stifled by his family life. That is until he is responsible for running a teenage girl down in his car. Miraculously the girl survives.
(7574 views)

Ghost Stories of an Antiquary
by M. R. James - Edward Arnold
The ghost stories of M.R. James are widely considered to be the best supernatural literature ever written. This volume was his first collection of short stories to be published (1904) and is a fine introduction to this chilling, scholarly author.
(9049 views)

The Dark Other
by Stanley G. Weinbaum - Fantasy Publishing Co.
Patricia is in love with Nicholas Devine. Suddenly, things turn grim -- Nicholas undergoes a mysterious change and becomes cold and calculating. Patricia consults a psychologist Dr. Carl Horker to try and figure out what has happened ...
(3147 views)