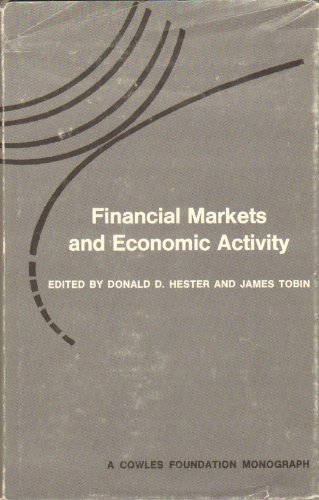 Description:
The subjects of this monograph concern the conditions of equilibrium in economy-wide financial markets. The authors investigate the consequences of various institutions and regulations for the effectiveness of monetary control.

Gold, Peace, and Prosperity
by Ron Paul - Ludwig von Mises Institute
Ron Paul explains why sound money means a new gold standard. The monograph is written in the clearest possible terms with the goal of explaining the basics of paper money and its effects of inflation, business cycles, and government growth.
(4433 views)

The Inflation Crisis, and How to Resolve It
by Henry Hazlitt - Arlington House
The author attempted to analyze thoroughly and in depth nearly a score of major problems raised by inflation and chronic fallacies that are in large part responsible for its continuance. Henry Hazlitt is the author of numerous books in economics.
(14459 views)

The Tragedy of the Euro
by Philipp Bagus - Ludwig von Mises Institute
Professor Bagus explains the background to the idea of European unity and its heritage of sound money. He explains that the Euro is not what the older liberals had hoped for but instead is a politically managed money that is destined for failure.
(4599 views)