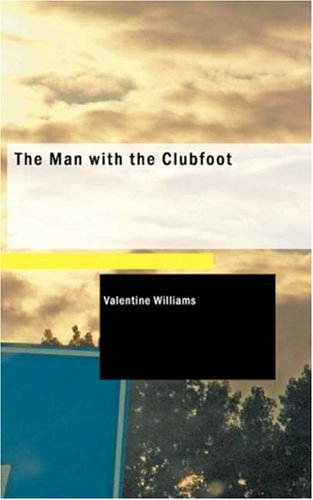 The Man with the Clubfoot
by Valentine Williams

Description:
An espionage/Adventure classic. Valentine Williams has penned a thrilling page-turner of mystery, love, adventure, and intrigue. Clubfoot, that sinister figure, who limps menacingly, is one of the most ingenious secret agents in Europe, and the task of retrieving possession of an indiscreet letter written by the Kaiser is assigned to him.

The Five Arrows
by Allan Chase - ManyBooks
A story of high intrigue in South America, with the future of democracy on the continent the stake. The bombing of Pearl Harbor was still very much a topic of conversation; the submarine nets in the bay were joked about at the dinner table.
(6556 views)

The House of Whispers
by William le Queux - Nash
A remarkable mystery story in which valuables disappear from locked safes; written and whispered warnings come out of nowhere and a murder is committed behind locked doors -- all in a modern New York apartment. Full of arresting situations...
(5804 views)

Not Exactly Innocent
by Kathryn Judson - Smashwords
Triple-O Five and his bride are pulled back into action sooner than planned, when a mad Viking wannabe hires ethically-challenged bioweapons experts and a missile scientist who has gone rogue, in a bid to take over as much of the world as possible...
(5008 views)