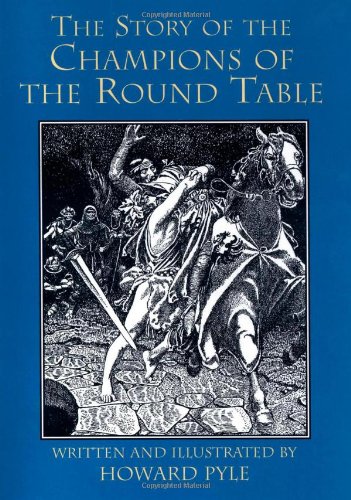 Description:
This book details the early adventures of Sir Launcelot, Sir Tristram, and Sir Percival. It is frought with adventure, chivalry, and Pyle's own version of Old English to go with it. Highly recommended for those interested in tales of the Round Table.

Forward, Children!
by Paul Alexander Bartlett - My Friend Publisher
Forward, Children! is a gripping anti-war novel. It brings vividly back to life the experience of WWII tank warfare as it was fought and endured by soldiers in the tank corps. The novel is also a story of love in French Ermenonville ...
(7590 views)

Direct Action: An Historical Novel
by Luke Hauser - GroundWork
More than 7000 people were arrested in nonviolent protests in California in 1980s, developing the art of direct action to a peak not reached again until Seattle in 1999, and in many ways never surpassed. Direct action is more than getting arrested.
(7447 views)

War and Peace
by Leo Tolstoy - Project Gutenberg
Tolstoy's epic novel War and Peace is a study of 19th-century Russian society. Concerned with the histories of aristocratic families during the war against Napoleon, realistic details and psychological analysis. One of the greatest classic novels.
(15359 views)

Caribbee
by Thomas Hoover - Booktrope
Caribbee is the story of the first American revolution, as English colonists pen a Declaration of Defiance against Parliament and fight a full-scale war for freedom against an English fleet -- with cannon, militia -- over a century before 1776.
(6803 views)