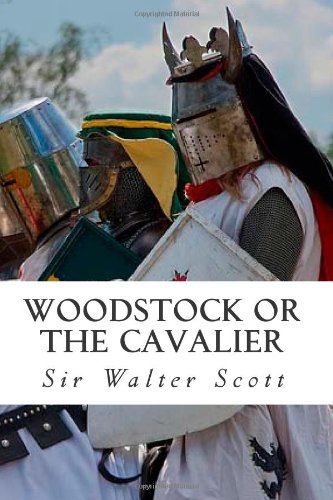 Description:
Set just after the English Civil War, the story was inspired by the legend of the Good Devil of Woodstock, which in 1649 supposedly tormented parliamentary commissioners who had taken possession of a royal residence at Woodstock, Oxfordshire. The story deals with the escape of Charles II in 1652, during the Commonwealth, and his final triumphant entry into London on 29 May 1660.

The Black Dwarf
by Sir Walter Scott - DeWolfe, Fiske
The story is set just after the Union of Scotland and England (1707). The dwarf is Sir Edward Mauley, a hermit regarded by the locals as being in league with the Devil, who becomes embroiled in a complex tale of love, revenge, and betrayal.
(7491 views)

The Antiquary
by Sir Walter Scott - Estes and Lauriat
The Antiquary, Scott's personal favorite among his novels, is characteristically wry and urbane. It deals with the problem of how to understand the past so as to enable the future. Set in the tense times of the wars with revolutionary France.
(7191 views)

Waverley
by Sir Walter Scott - Estes and Lauriat
Sir Walter Scott's first book is an 1814 historical novel, which was an astonishing success at the time. The text is an attempt at describing the Scottish landscape and the features of life during the Jacobite Rebellion of 1745.
(14176 views)

Saint Ronan's Well
by Walter Scott - J.M. Dent
Set in Scotland, at the beginning of the 19th century, Scott's story turns its back upon the wars waging on the world's stage and presents a regency comedy. Meg Dodd, a sentimental virago, keeps a run-down inn in a derelict Tweedale village ...
(5531 views)