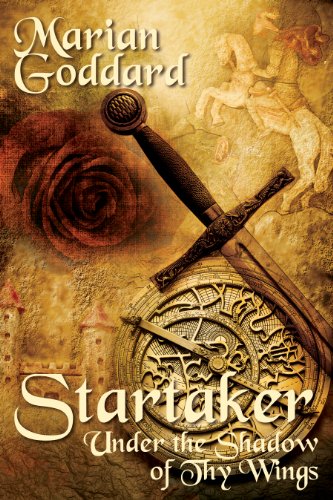 Startaker: Under the Shadow of Thy Wings
by Marian Goddard

Description:
There's no light on Earth that shines brighter than the truth. From the mystery schools of Egypt, Chaldea, Persia and India, there has been carried through the ages a gnosis, grounded in nature and informed by the highest ideals of service to humanity. This knowledge has always been proclaimed heretical and brutally suppressed...

The Voodoo Gold Trail
by Walter Walden - Small, Maynard & Company
It was on a tropic sea, and night, that I heard a little scrap of a tale that had in it that which was destined to preserve my life. The waning moon had not yet risen; the stars were all out, the Milky Way more than commonly near.
(7576 views)

Titanic
by Filson Young - Grant Richards ltd.
The symbols of Honour and Glory and Time that looked so handsome in the Titanic's stairway lie crushed into splinters beneath the tonnage of two thousand fathoms of ocean water. Time is no more for the fifteen hundred souls who perished with them.
(10657 views)

The Invasion
by William Le Queux - Project Gutenberg
The object of this book is to illustrate our utter unpreparedness for war from a military standpoint; to show how England can be successfully invaded by Germany; and to present a picture of the ruin which must inevitably fall upon us.
(9627 views)

'Green Balls': The Adventures of a Night-Bomber
by Paul Bewsher - William Blackwood and Sons
I have tried to describe the sensations, fears, and the equally inexplicable fearlessness, of a desk-bound London youth, pitchforked in a moment into the turmoil of war, and into a hitherto unknown occupation -- bombing at night from the air.
(8486 views)