Think Data Structures
by Allen B. Downey - Green Tea Press , 2016
This book is intended for college students in computer science and related fields. The book also presents basic aspects of software engineering practice, including version control and unit testing. Each chapter ends with an exercises.
(9918 views)

Data Structures and Algorithms
by Catherine Leung - GitBook , 2017
This book is a survey of several standard algorithms and data structures. It will also introduce the methodology used to perform a formal analysis of an algorithm so that the reason behind the different implementations can be better understood.
(10008 views)

Computer Arithmetic of Geometrical Figures: Algorithms and Hardware Design
by Solomon I. Khmelnik - MiC , 2013
This book describes various processors, designed for affine transformations of many-dimensional figures -- planar and spatial. Designed for students, engineers and developers, who intend to use the computer arithmetic of geometrical figures.
(9263 views)

Introduction to Design Analysis of Algorithms
by K. Raghava Rao - Smashwords , 2013
This book provides a complete information to the modern study of computer algorithms. It presents many concepts in a considerable depth, so that it can be understand by all levels of readers. Each and every concept is explained by suitable examples.
(11052 views)

Problem Solving with Algorithms and Data Structures Using Python
by Brad Miller, David Ranum - Franklin, Beedle & Associates , 2011
This textbook is designed as a text for a first course on data structures and algorithms, taught as the second course in the computer science curriculum. We cover abstract data types and data structures, writing algorithms, and solving problems.
(14583 views)

Algorithms
by Robert Sedgewick, Kevin Wayne - Addison-Wesley Professional , 2011
This textbook surveys the most important algorithms and data structures in use today. Applications to science, engineering, and industry are a key feature of the text. We motivate each algorithm by examining its impact on specific applications.
(11128 views)

Data Structures and Algorithm Analysis in Java
by Clifford A. Shaffer - Dover Publications , 2012
A comprehensive treatment focusing on the creation of efficient data structures and algorithms, explaining how to select the data structure best suited to specific problems. It uses Java programming language and is suitable for second-year courses.
(17647 views)

Data Structures and Algorithm Analysis in C++
by Clifford A. Shaffer - Dover Publications , 2012
A comprehensive treatment focusing on efficient data structures and algorithms, this text explains how to select or design the data structure best suited to specific problems. It uses C++ programming language and is suitable for second-year courses.
(20783 views)

Randomized Algorithms
by Wolfgang Merkle - ESSLLI , 2001
The first part of the course gives an introduction to randomized algorithms and to standard techniques for their derandomization. The second part presents applications of the probabilistic method to the construction of logical models.
(10270 views)

Search Algorithms and Applications
by Nashat Mansour - InTech , 2011
This book demonstrates the applicability of search algorithms for the purpose of developing solutions to problems that arise in a variety of domains. It is targeted to a wide group of readers: researchers, graduate students, and practitioners.
(14127 views)

Efficient Algorithms for Sorting and Synchronization
by Andrew Tridgell - samba.org , 1999
This thesis presents efficient algorithms for parallel sorting and remote data update. The sorting algorithms approach the problem by concentrating first on efficient but incorrect algorithms followed by a cleanup phase that completes the sort.
(12421 views)

Lecture Notes on Bucket Algorithms
by Luc Devroye - Birkhauser , 1986
In these lecture notes, we attempt to explain the connection between the expected time of various bucket algorithms and the distribution of the data. The results are illustrated on standard searching, sorting and selection problems.
(10375 views)

Data Structures and Algorithms
by John Morris , 1998
The text focuses on data structures and algorithms for manipulating them. Data structures for storing information in tables, lists, trees, queues and stacks are covered. Some basic graph and discrete transform algorithms are also discussed.
(13811 views)

Knapsack Problems: Algorithms and Computer Implementations
by Silvano Martello, Paolo Toth - John Wiley & Sons , 1990
The book on exact and approximate algorithms for a number of important problems in the field of integer linear programming, which the authors refer to as 'knapsack'. Includes knapsack problems such as binary, bounded, unbounded or binary multiple.
(16320 views)

Average Case Analysis of Algorithms on Sequences
by Wojciech Szpankowski - Wiley-Interscience , 2001
A book on a topic that has witnessed a surge of interest over the last decade, owing in part to several novel applications in data compression and computational molecular biology. It describes methods employed in average case analysis of algorithms.
(11100 views)

Algorithms for Clustering Data
by Anil K. Jain, Richard C. Dubes - Prentice Hall , 1988
The book is useful for scientists who gather data and seek tools for analyzing and interpreting data. It will be a reference for scientists in a variety of disciplines and can serve as a textbook for a graduate course in exploratory data analysis.
(18946 views)

Tabu Search
by Wassim Jaziri - InTech , 2008
Tabu search is a mathematical optimization method. The goal of the book is to report original researches on algorithms and applications of Tabu Search to real-world problems as well as recent improvements and extensions on its concepts and algorithms.
(12962 views)

Algorithms
by Ian Craw, John Pulham - University of Aberdeen , 1999
This course studies computer algorithms, their construction, validation and effectiveness. A number of topics will be covered: a general introduction to the subject, the problem of sorting data sets into order, the theory of formal grammars, etc.
(14158 views)

Greedy Algorithms
by Witold Bednorz - InTech , 2008
Each chapter comprises a separate study on some optimization problem giving both an introductory look into the theory the problem comes from and some new developments invented by authors. Usually some elementary knowledge is assumed.
(13879 views)

Data Structures and Algorithms: Annotated Reference with Examples
by Granville Barnett, Luca Del Tongo - DotNetSlackers , 2008
The book provides implementations of common and uncommon algorithms in pseudocode which is language independent and provides for easy porting to most programming languages. We assume that the reader is familiar with the object oriented concepts.
(16850 views)

Algorithms for Modular Elliptic Curves
by J. E. Cremona - Cambridge University Press , 1992
The author describes the construction of modular elliptic curves giving an algorithm for their computation. Then algorithms for the arithmetic of elliptic curves are presented. Finally, the results of the implementations of the algorithms are given.
(16104 views)

Algorithms
by Jeff Erickson - University of Illinois at Urbana-Champaign , 2009
These are lecture notes, homework questions, and exam questions from algorithms courses the author taught at the University of Illinois. It is assumed that the reader has mastered the material covered in the first 2 years of a typical CS curriculum.
(16148 views)

Algorithms: Fundamental Techniques
by Macneil Shonle, Matthew Wilson, Martin Krischik - Wikibooks , 2006
An accessible introduction into the design and analysis of efficient algorithms. It explains only the most basic techniques, and gives intuition for and an introduction to the rigorous mathematical methods needed to describe and analyze them.
(15722 views)

Algorithmic Mathematics
by Leonard Soicher, Franco Vivaldi - Queen Mary University of London , 2004
This text is a course in mathematical algorithms, intended for second year mathematics students. It introduces the algorithms for computing with integers, polynomials and vector spaces. The course requires no computing experience.
(22236 views)

Planning Algorithms
by Steven M. LaValle - Cambridge University Press , 2006
Written for computer scientists and engineers with interests in artificial intelligence, robotics, or control theory, this book tightly integrates a vast body of literature from several fields into a coherent source for reference in applications.
(18732 views)

Problems on Algorithms, 2nd edition
by Ian Parberry, William Gasarch - Prentice Hall , 2002
A collection of problems on the design, analysis, and verification of algorithms for practicing programmers who wish to hone and expand their skills, as a supplementary text for students, and as a self-study text for graduate students.
(17291 views)

Design and Analysis of Computer Algorithms
by David M. Mount - University of Maryland , 2003
The focus is on how to design good algorithms, and how to analyze their efficiency. The text covers some preliminary material, optimization algorithms, graph algorithms, minimum spanning trees, shortest paths, network flows and computational geometry.
(16969 views)

Design and Analysis of Algorithms
by Herbert Edelsbrunner - Duke University , 2008
The main topics to be covered in this course are: Design Techniques; Searching; Prioritizing; Graph Algorithms; Topological Algorithms; Geometric Algorithms; NP-completeness. The emphasis will be on algorithm design and on algorithm analysis.
(18127 views)

A=B
by Marko Petkovsek, Herbert S. Wilf, Doron Zeilberger - AK Peters, Ltd. , 1996
The book shows how some computer algorithms can simplify complex summations and if there is no such simplification they will prove this to be the case. The authors present the underlying mathematical theory, and the principle theorems and proofs.
(24837 views)

Combinatorial Algorithms
by Albert Nijenhuis, Herbert S. Wilf - Academic Press Inc , 1978
This is a collection of mathematical algorithms with many new and interesting examples in this second edition. The authors tried to place in the reader's hands a kit of building blocks with which the reader can construct more elaborate structures.
(17820 views)

Algorithms and Complexity
by Herbert S. Wilf - AK Peters, Ltd. , 1994
An introductory textbook on the design and analysis of algorithms. Recursive algorithms are illustrated by Quicksort, FFT, and fast matrix multiplications. Algorithms in number theory are discussed with some applications to public key encryption.
(19391 views) 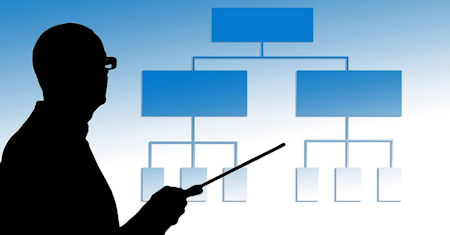