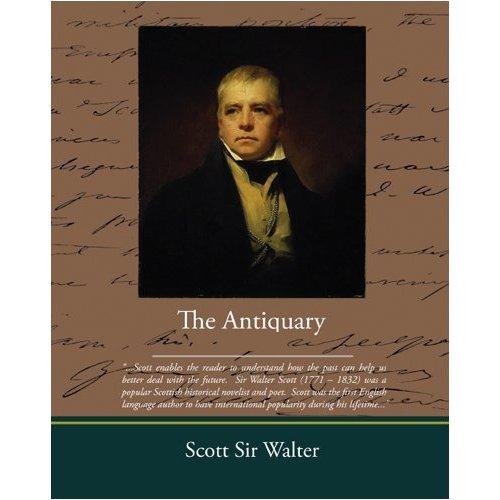 The Antiquary
by Sir Walter Scott

Description:
The Antiquary, Scott's personal favorite among his novels, is characteristically wry and urbane. It deals with the problem of how to understand the past so as to enable the future. Set in the tense times of the wars with revolutionary France, it displays Scott's matchless skill at painting the social panorama and in creating vivid characters.

Waverley
by Sir Walter Scott - Estes and Lauriat
Sir Walter Scott's first book is an 1814 historical novel, which was an astonishing success at the time. The text is an attempt at describing the Scottish landscape and the features of life during the Jacobite Rebellion of 1745.
(14064 views)

Kenilworth
by Sir Walter Scott
Amy is married to the Earl of Leicester, one of the queen's favorites, who must keep his marriage secret or else incur royal displeasure. Rich in character, melodrama, and romance, Kenilworth is rivaled only by the great Elizabethan dramas.
(7924 views)

Peveril of the Peak
by Walter Scott - George Routledge
Ranging from Derbyshire to the Isle of Man and culminating in London, this novel interweaves political intrigue, personal responsibilities and the ways in which the forces of history are played out in the struggles of individual human lives.
(7139 views)

The Surgeon's Daughter
by Walter Scott
Scott wrote this novel in 1827, the first of his last six hard years as he struggled to solve the financial problems that had come to consume his life. The book is filled with drama and humor, while set in one of the most interesting times.
(5182 views)