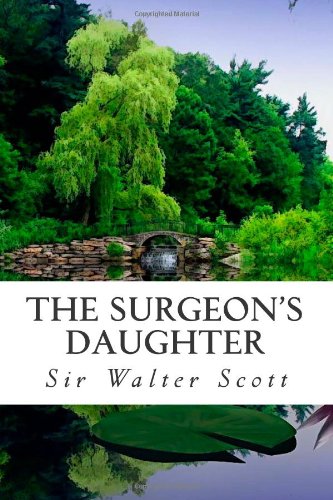 The Surgeon's Daughter
by Walter Scott

Description:
Scott wrote The Surgeon's Daughter in 1827, the first of his last six hard years as he struggled to write enough to solve the financial problems that had come to consume his life. The book is filled with drama, adventure and humor not taking itself too seriously while set in one of the most interesting times of England.

The Black Dwarf
by Sir Walter Scott - DeWolfe, Fiske
The story is set just after the Union of Scotland and England (1707). The dwarf is Sir Edward Mauley, a hermit regarded by the locals as being in league with the Devil, who becomes embroiled in a complex tale of love, revenge, and betrayal.
(7199 views)

Guy Mannering
by Sir Walter Scott - Estes & Lauriat
Narrating the story of Harry and his adventures, this amazing work dwells on the ups and downs he faced throughout his life. As Mannering, the student of astrology, foresees this child's future, everything appears to be in turmoil and mayhem.
(7441 views)

Rob Roy
by Walter Scott - Estes And Lauriat
This novel helped establish the historical novel as a literary form. In rich prose and vivid description, author follows the adventures of Frank Osbaldistone, who is sent to Scotland and finds himself drawn to the powerful figure of Rob Roy.
(8189 views)