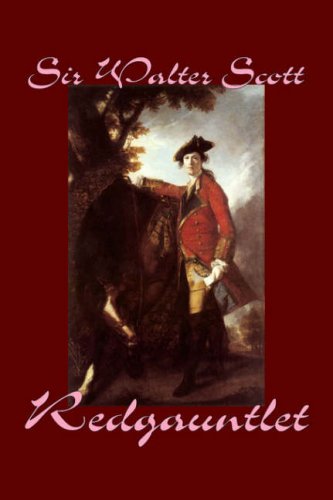 Description:
Scott's 1824 Redgauntlet is the final novel in his series about the doomed Jacobite cause. This warm and wonderfully relaxed novel celebrating, among other things, friendship, is also a penetrating psychological study of attachment to a lost cause.

Kenilworth
by Sir Walter Scott
Amy is married to the Earl of Leicester, one of the queen's favorites, who must keep his marriage secret or else incur royal displeasure. Rich in character, melodrama, and romance, Kenilworth is rivaled only by the great Elizabethan dramas.
(7904 views)

Ivanhoe
by Sir Walter Scott - A. C. McClurg & co
Chivalric novel, skillful blend of historic reality, high adventure and chivalric romance in Medieval England. Ivanhoe returns from the Crusades and defendedst Rebecca against a charge of witchcraft, but Lady Rowena is his true love.
(14581 views)

The Black Dwarf
by Sir Walter Scott - DeWolfe, Fiske
The story is set just after the Union of Scotland and England (1707). The dwarf is Sir Edward Mauley, a hermit regarded by the locals as being in league with the Devil, who becomes embroiled in a complex tale of love, revenge, and betrayal.
(7400 views)

Woodstock
by Walter Scott - Archibald Constable and Co.
Set just after the English Civil War, the story was inspired by the legend of the Good Devil of Woodstock, which in 1649 supposedly tormented parliamentary commissioners who had taken possession of a royal residence at Woodstock, Oxfordshire.
(5232 views)