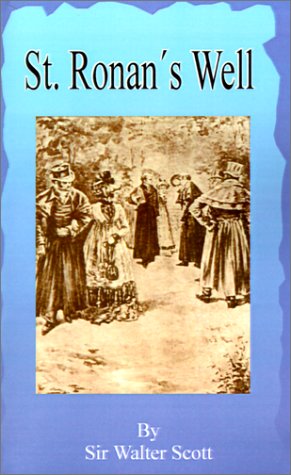 Description:
Set in Scotland, at the beginning of the 19th century, Scott's story turns its back upon the wars waging on the world's stage and presents a regency comedy. Meg Dodd, a sentimental virago, keeps a run-down inn in a derelict Tweedale village while the young Laird is living way beyond his means. When a nearby mineral spring becomes a spa, life changes as a post-office, a hotel and a troop of social climbers move in. In a climate of tantrums, black humor, theatricals, gaming and duels, the plot unfolds.

Rob Roy
by Walter Scott - Estes And Lauriat
This novel helped establish the historical novel as a literary form. In rich prose and vivid description, author follows the adventures of Frank Osbaldistone, who is sent to Scotland and finds himself drawn to the powerful figure of Rob Roy.
(8411 views)

The Talisman
by Walter Scott
Set in the deserts around Syria and Palestine, Talisman is Walter Scott's classic tale of the Crusade. In Talisman, no one is who you think they are and if they are, and neither are they on the side you expect. It makes fascinating reading...
(5084 views)

Kenilworth
by Sir Walter Scott
Amy is married to the Earl of Leicester, one of the queen's favorites, who must keep his marriage secret or else incur royal displeasure. Rich in character, melodrama, and romance, Kenilworth is rivaled only by the great Elizabethan dramas.
(7897 views)

The Antiquary
by Sir Walter Scott - Estes and Lauriat
The Antiquary, Scott's personal favorite among his novels, is characteristically wry and urbane. It deals with the problem of how to understand the past so as to enable the future. Set in the tense times of the wars with revolutionary France.
(7064 views)