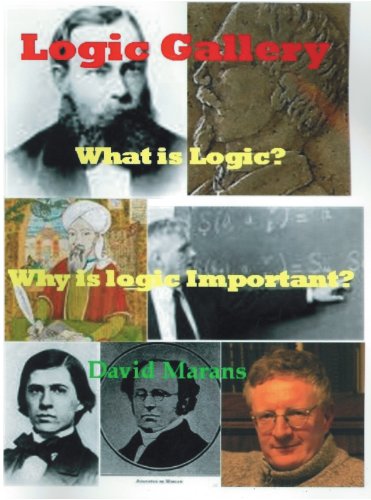 Logic Gallery, Aristotle to the Present
by David Marans

Description:
Century-by-Century: Insights, Images, and Bios of famous logicians. The continuity and expansion of a fundamental concept. We shall attempt to indicate the way in which logic has developed from the science of reflective thinking, or reasoning, to the science of form.

Logic, Inductive and Deductive
by William Minto - ManyBooks
In this little treatise two things are attempted that at first might appear incompatible. One of them is to put the study of logical formulae on a historical basis. The other aim is to increase the power of Logic as a practical discipline.
(9042 views)

Logic: Deductive and Inductive
by Carveth Read - Project Gutenberg
Logic is the science that explains what conditions must be fulfilled in order that a proposition may be proved. When propositions are expressed with the universality and definiteness that belong to scientific statements, they are called laws.
(11604 views)